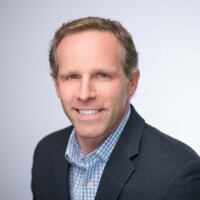 Jonathan Victor is the chief information officer of Insurity. He oversees all of Insurity’s SaaS implementations and manages the build, run, and evolution of the company’s cloud platforms. He came to Insurity as part of the company’s acquisition of Oceanwide, where he began in 2005, and assumed the role of chief operating officer in 2014. Before Oceanwide, Jonathan worked as a consultant at Accenture. Jonathan is a graduate of McGill Desautels Faculty of Management with a major in management information systems and finance.